France and Italy recently made a game-changing announcement: they are now the first countries to legally reduce wasted food. Within their borders, grocery stores are now required to donate excess foods, or items that are about to expire. After seeing a disconnect between the amount of people who go hungry, and the amount of food that's thrown away just because it isn't eaten quickly enough, the law was put into effect. Legislature banded together to create the law which allows donations to go to the homeless, food banks, and other charities. Foods can also be used as compost, or to help feed animals. In France alone, the step will feed more than 10 million citizens on a consistent basis, which is also 1/6th of the country's entire population.

Researchers go on to say that roughly a third of all food is never eaten. That number adds up to a huge amount of waste, not only in the European country, but throughout the entire world. 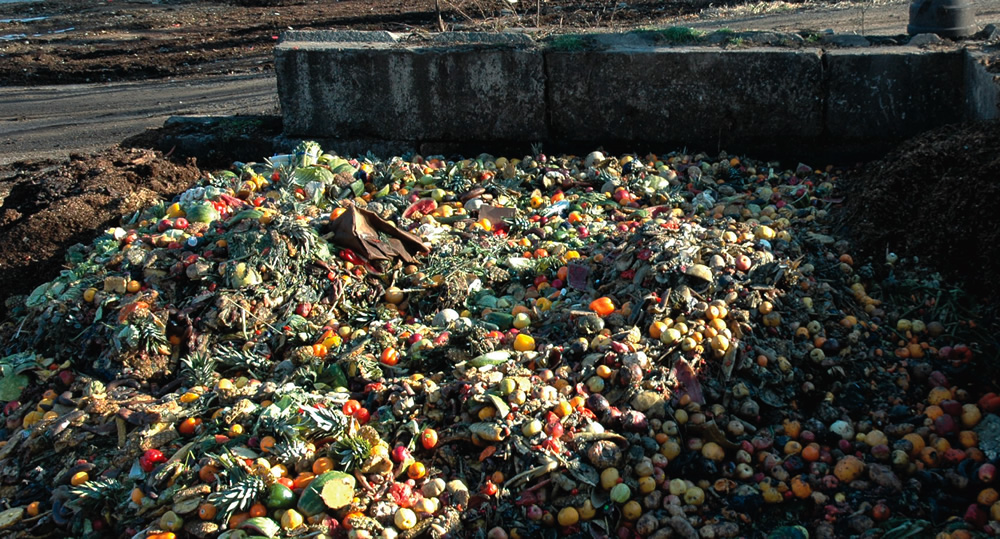 To date, France has been the only country to successfully enact this type of law. However, its release has also got the rest of the population talking. Italy is next, already with a law that will soon take effect. Soon they, too, will be donating unused foods, but with one major difference. France businesses will be fined if they do not cooperate, and Italy is offering up financial incentives to those who follow through.

But why not other countries, too? Why aren't they donating to-be-thrown-away foods? And why has it taken us so long to come up with this plan in the first place?

Wasted Food in the U.S.

In the United States alone, the average household trashes $2,000-worth of food annually, according to CNBC. That adds up to an incredible $165 billion every year – just in wasted foods.

SEE ALSO: 15 Best Grocery Tips to help you save thousands per year on groceries.

What's worse is that only one out of seven U.S. households donate to food banks, or other locations that help feed the hungry. That leaves an overwhelming majority of citizens throwing food into the trash rather than using it for good. Even worse, it adds to our already overflowing landfills.

The website Mercola also tells us that in total, 40% of food in the U.S. is wasted – yes, nearly half of all food that's grown and produced. While in grocery stores that number is far lower (10%), but waste often stems from pre-made dips or platters that expire before they're purchased, according to NPR. Foods are also thrown out if they become "old," are damaged or opened while on display, or if a food simply doesn't look "right." Because so much importance to a meal comes from looking appetizing, grocery stores put heavy stock in visual appeal. Which means they're more likely to discard what doesn't have it.

America in particular has bad perceptions about foods should look before they're eaten. We turn up our noses at fruit with a single brown spot, we refuse to touch dairy a second after it "expires" (even though studies show it generally doesn't go bad until two weeks after its sell-by date; it's a sell-by, not eat-by deadline, after all).

Check out this list of 82 Actual Expiration Dates to help you stop wasting food, beauty and household products. And remember - a few spots on your banana or an overly juicy pear does not mean it's gone bad!

This lack of education, paired with ongoing assumptions about what's "still good" has contributed to an increase in the amount of wasted foods each year, especially within the United States.

With the passing of a law that would cause these foods to be donated vs. thrown out, millions could be fed, and waste could be greatly reduced. What's more is the donations would consist of healthy, nutritious foods, not canned or boxed items that are generally pawned off on food banks. Besides, these grocery store foods are being thrown out anyway – why not let those who are hungry enjoy them?

As a country, America can greatly benefit from this type of law. As researchers band together, and as other countries continue to implement similar laws, we can hope to create a similar win-win solution throughout the entire nation. So buy only what you need, learn how to store food properly, be a little less picky about those expiration dates, and donate what you won't be able to consume.

Part of not wasting is buying affordable goods and using them to their ultimate value. DealsPlus and the DealsPlus Blog are great options to find coupons, daily deals, and tips on how to maximize your value. How do you plan on doing your part to stop waste? ShopaholicPMar 24, 2016
This is great news! America wastes so much food..we should have started donating food decades ago.

I wish there was an easy way to donate food on a smaller scale, too. Does anyone know where you can find a list of food banks or something similar that will take unwanted, unexpired food?
Reply